“The well of life – Thomas Sankara” for Manalive

Drinking water well built in October 2020 by Manalive in the village Djakpo in Togo. The village has about 500 inhabitants and has always been without drinking water. “It doesn’t matter if our action is like a drop of water in the ocean. Jesus Christ never spoke of results.” 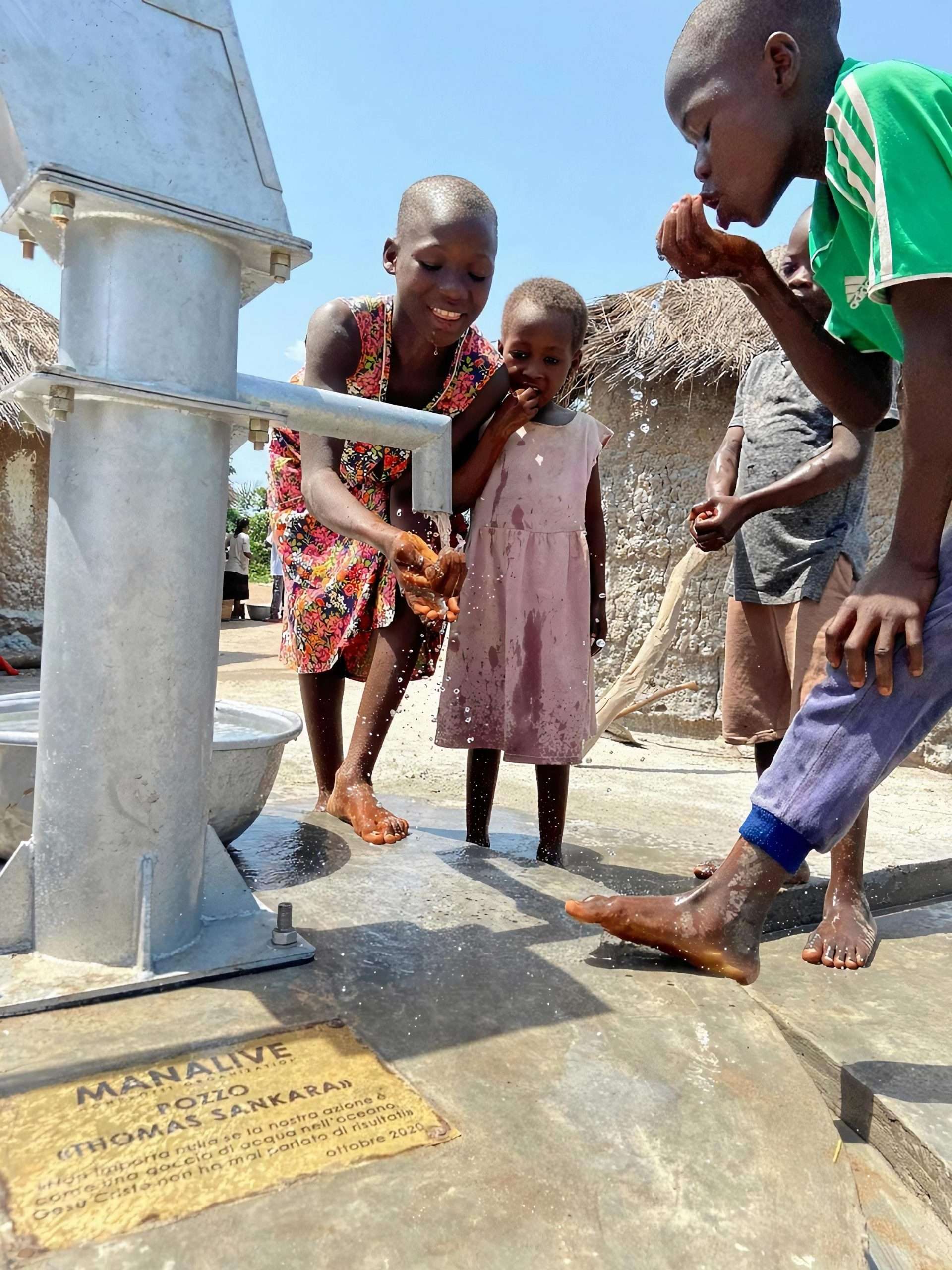 The well of life – Thomas Sankara

NFT and Manalive, here starts the “NFT No Profit Project”

NFT Europe in collaboration with the non-profit organization Manalive and thanks to the most advanced technologies in the reproduction of works of art in digital, will sell the first European non-profit NFT on the platform opensea.io. The proceeds of the auction will be completely donated to charity thanks to the humanitarian organization Manalive.

“Manalive thanks to the agreement with NFT Europe has started the “NFT No Profit Project”. The project will bring to market a digital work NFT, auctioned, consisting of a photograph of African children in Togo drinking from a well just built by Manalive, the first well in the Djakpo II village.

Manalive is a volunteer organization formed mainly by young and very young people. The organization, born in January 2020, in a short time has managed to organize and implement many projects both in Italy and abroad. In a few months, Manalive managed to build, beyond the well at Djakpo II in Togo, a multimedia library for the orphans of Gyumri in Armenia and a church in Liberia whose construction works are still in progress and will end before the summer.

During the war between Armenia and Azerbaijan, in the autumn of last year, Manalive in a few days managed to collect over a ton of winter clothes and blankets for the displaced people of Nagorno-Karabah. Thanks to the close collaboration with the Armenian embassy in Italy, they reached their destination before the beginning of the harsh Armenian winter.

The proceeds from this auction will be used to launch and support new humanitarian projects in Africa, Armenia and Italy.”

NFT Europe is a start-up born from the idea of Giovanni Piccolo (24), Francesco Monteleone (29) and Alessandro Cariati (44). It is a platform to assist in the creation, sale, auctioning and promotion of NFT in digital works at an international level. Soon NFT Europe will become also the first European marketplace of NFT.

We are ready for a new path. We saw a new opportunity in digital and we launched head on. Even on this path we will start step by step, without looking at how hard it will be, and we will reach our goal. We immediately believed in the project of Manalive and it is a pleasure to take the first step with this collaboration. The world today needs gestures like this.
– Giovanni Piccolo

This is for us the beginning of a new adventure in a new and yet unexplored market. A market that has all the potential to become a benchmark in the art world in the coming years, probably also the opportunity for many artists to put themselves and put themselves back in the game. This adventure could only begin with a beautiful gesture that remembers what the true purpose of art is: to launch a strong message. In this historical period we want to start by launching a message of hope, helping those who need it most.
– Francesco Monteleone

The communication of the initiative will be supported by Who Knocks company that deals with the digitization of companies and professionals also composed of Jude Olivares and Mario Carbone.

“After founding, with Francesco and Giovanni, Who Knocks, I couldn’t back down from another digital challenge. I like to work with young people and create innovation, if I can do it with a similar gesture, helping others, I’m even happier.”
– Alessandro Cariati

We use cookies and similar methods to analyze site traffic. By tapping ‘Ok’ you consent to the use of these methods by us and third parties. OK
Go to Top